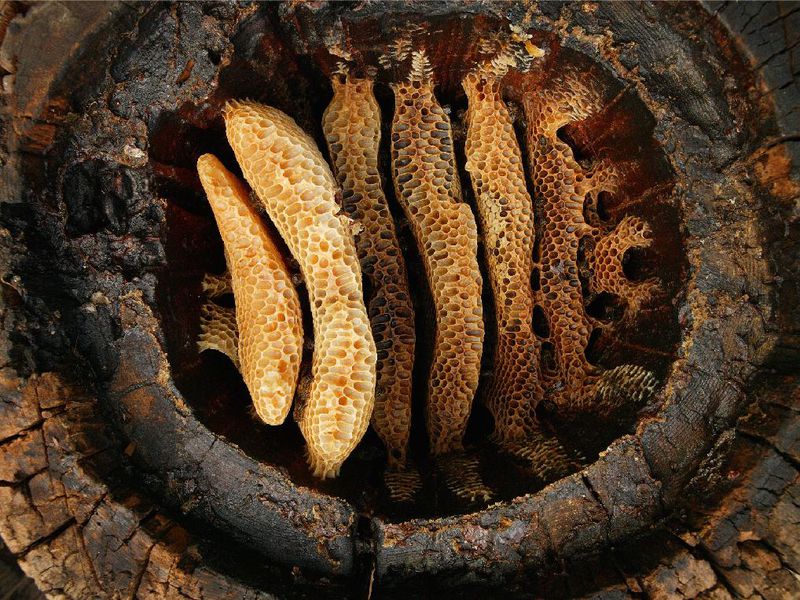 I put up over two gallons of honey last week. Much of it was purchased by friends and I set aside some for holiday gifts. But a few jars are for me to enjoy. Harvesting and eating honey is a way for me to connect with my Neolithic farming ancestors — who are charged by historians with the exploitation of bees –just as we are today. The ancient hollow log pictured above shows an example of the comb treasured by Sto 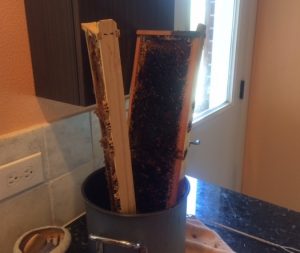 ne Age raiders of hives 8500 years ago in France. link

I wonder if my Stone Age counterpart got honey all over the place as I did when I extracted and bottled my honey last week. I did not use the big circular extractor in my garage, but just scraped off the wax caps on the hive frames and let the honey drain all night Then I strained it through a fairly large mesh to preserve all the precious pollen and nutrients. The friend who gave me the extractor, when he divested himself of his bees and bee equipment, also gave me a box of eight ounce plastic squeeze bottles. I used these bottles only after I ran out of my supply of pretty decorative glass bottles. What would my Stone Age counterpart have thought about these little plastic bottles, considered mundane and practical by me; perhaps wondrous by her. 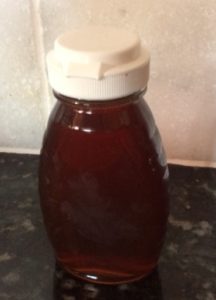 And since much of the honey for sale now has been heated and ultra filtered; I wonder how often my ancestors heated the honey to extract if faster and more thoroughly; I wonder if they filtered it at all.

The grocery store shelves are now filled with jars of honey to which sugar and water have often been added to increase profits. Mass produced honey has been basically killed by the ‘pasteurization’ process; and, should any remaining nutrients survive, they are filtered out by high-tech machines. We are told that this ultra processing makes the honey smoother and more transparent. link

Vaughn Bryant, professor of anthropology at Texas A&M University, has spent decades analyzing commercial honey; he peers through his microscope at a sample, looking for pollen or other signs of life and says, “Nothing!” A modern day crusader, he has led opposition to the sale of dead honey in ‘big box’ stores; and, he has revealed honey contaminated by heavy metals and other toxins dumped in the United States by China, India and other countries. Casting a wide net, Dr. Bryant has extensively researched ancient honey discovered by archaeologists and geologists who have found honey in their research sites. ibacterial content. Three-thousand year old honey found in an Egyptian tomb was found to be edible. link  Honey was found in Tutankhamun’s tomb. Recognizable honey stains, 5500 years old, were found in ceramic vessels in ancient Georgia. The earliest apiary with more than 100 hives was found in Israel, dating to the 9th century B.C.E.– contemporaneous to King Solomon.

So why do we kill it? Honey has been beloved by humans for thousands of years and used to honor the dead, satisfy our love of sweets; and importantly, to improve our health. link

The health benefits of raw honey are well known. Unheated honey, filtered only enough to remove wax and dead bees has dozens of amino acids and is loaded with minerals and vitamins. It also contains almost 30 kinds of bioactive plant compounds that act as antioxidants. All of which contribute to honey’s reputation for reducing inflammation, lowering the risk of heart disease, fighting cancer, helping to control blood sugar by improving liver function, improving vascular function, assisting with weight management, suppressing coughs, boosting immunity, healing wounds and helping to lower cholesterol. link.

Why DO we kill it. 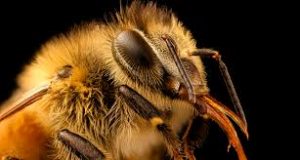